Psilocybin mushrooms have been gaining attention in the psychoactive plants world. While these psilocybin-containing mushrooms may seem like they are something new, you will be surprised to know how long the history goes.

Being around for almost thousands of years, these mushrooms have psychoactive properties with medicinal and spiritual uses for the American and European indigenous people. Sit back and read on as we give you all the deets.

Psilocybin is basically a hallucinogenic plant with chemical compounds found in certain mushrooms growing in South America, Europe Mexico, and the US. These mushrooms are also known as the magic mushrooms that have the power to give you an altered perception and distorted sense of reality.

While no medical bodies deem these mushrooms addictive as they only carry short-term effects, taking such hallucinogenic plants with active compounds is highly likely to cause hallucinations, high blood pressure, and even have you hear colors for four to six hours.

You experience these psychedelic effects and go into a warped state of being. Psilocybin functions by activating the serotonin receptors in your prefrontal cortex. That is responsible for affecting your cognition, mood, and perception. Moreover, such hallucinogenic drugs also work in the brain’s other regions which regulate any panic responses.

Magic Mushrooms Before – a Rich History

These mushrooms may have become popular recently owing to the reported advantages in the potential treatment of a few mental health conditions but this healing goes a long way back. It holds a very vast tradition of usage in many indigenous cultures all over the globe. Particularly prominent in the Mesoamerican societies like the Mayans and Aztecs who, prior to the Spanish conquest, utilized the psilocybin shrooms while performing their socio-political rituals, ceremonies, and rites.

Even the common folklore states that these mushrooms used to be a very strong element of the Mesoamerican myths and may also have been utilized as a communication medium with gods due to the mental effects. For example, the Mayan civilization particularly communicated with Quetzalcoatl, their serpent god, worshipped as life creator.

In the aftermath of the Spanish conquest, psychedelic plants or any fungi medicine were condemned because of the Catholicism emergence and the conflicting ideologies. Folks engaging in such practices were quickly persecuted. That’s why many of the rituals and rites were then limited to being performed underground so there would be no dire consequences.

Over 500 years after the Spanish overthrow, various ethnobotanists, anthropologists, and scholars begin to search for the origins of psilocybin mushrooms and psychoactive drugs in Mexico, and then everything took a revolutionary turn.

The researchers came across mushroom rituals that had been streamlined by the publications in their magazines and even marked as moments of political, cultural, and social reset. This set off a new blaze and showed the world how the psilocybin mushrooms were actually treated with a level of sacred respect. 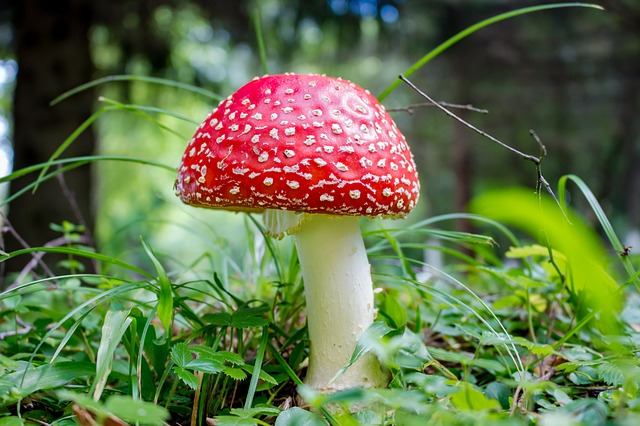 After this reckoning, seekers from all around the world stormed into Mazatec mountains looking for an alternative healing mode, and spiritual transformations and to have new and profound experiences. This is when the psilocybin mushrooms begin getting fame for their healing powers and the word slowly traveled.

Right around this time, LSD happened and also became quite popular with researchers and mental health experts. It became a way of treating different kinds of disorders like depression, anxiety, alcohol abuse, etc.

This propelled the psychiatry field into ultimate excellency when these hallucinogenic mushrooms became all the rage and started to make an actual difference in the life of people.

Back to Square One

Gradually, filtering out the medical system and then getting into the counterculture, ensued the social and even political shock which challenged the norms. After that, the misuse of such substances became rampant and caused a social rebellion that had to be counteracted by the government. So taking things back to the Spanish conquest, the psilocybin got forced underground again, staying hidden from recreational or academic settings.

With such an illustrious and long history, the psilocybin mushrooms have set off a renaissance more than six decades later.

Today there are trailblazing efforts for academic research and some federal-level reconsideration of such substances for worldwide distribution. Every day there is more proof, clearer information, and constant testimonies about using psilocybin mushrooms in non-clinical and clinical settings for healing and medicinal tendencies. If you are looking to purchase magic mushrooms click here.

Researchers at Johns Hopkins have found that psilocybin is a highly effective medicine for depression, nicotine addictions, and alcoholism along with various other substance cases of abuse.

Studies further show that the magic mushrooms are also of grand assistance in helping relieve the emotional distress of those who suffer from ailments like cancer.

The psilocybin in the magic shrooms converts to psilocin in one’s body impacting the emotional state and can influence good levels of serotonin in your brain leading to psychological effects like unusual perceptions and visual hallucinations.

Currently, psilocybin mushrooms are not available freely but extended access programs for its medical users are under work to allow the world to see a positive side of what these substances are capable of.

Moreover, activists worldwide are tirelessly working and continue to eagerly push for the proper reform policies for the psilocybin mushrooms.

What does the future hold for these mushrooms? Well, it seems to be a rather promising one where these substances would be considered the most effective treatment for a multitude of conditions. As more people begin to microdose mushroom edibles and come up with new and innovative ways to consume magic mushrooms, we will see the positive effects increase. We hope this article was informative in telling you the history of magic shrooms.